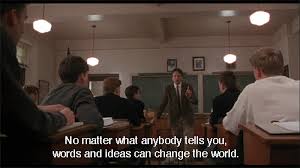 Today is my day on the Spellbound Scribes’ blog! Come check out my post on finding inspiration, even when you’re always writing.

As writers, we are expected to be a fount of imagination and stories. But even the most prolific writer can come to the well of inspiration and find it dry every now and then.

When you’re a full-time writer, like me, you seem to always be writing, to always be creating, coming up with new ideas and always moving forward. I have friends who are not “big readers” but who follow me on Facebook and see me posting about the projects I’m working on (yes, plural, there’s always more than one). And when I see them in real life they always have a comment like, “I don’t know how you write so much!” The funny thing is, it doesn’t always feel like I’m writing very much.

I take breaks between projects – and sometimes that’s the hardest thing for me to do. I finished a book during Camp NaNo in…

Today I am excited to share with you a cover reveal for my friend and critique partner, Leah Ryne.

Leah is an awesome writer and person so you should really check out her stuff, especially if you’re a fan of the horror genre or even my own Ash and Ruin Trilogy. And with Halloween not too far away, this is the perfect time to jump into her creepity worlds.

Her upcoming release, Jo, promises to be a great read! And without further ado, here is the cover:

Jolene Hall is dead – sort of. She can walk, think and talk, but her heart doesn’t beat and her lungs stopped breathing ages ago. Her body’s a mosaic of jagged wounds and stapled flesh.

Jolene Hall has a choice: turn herself in to the authorities, led by a suspiciously handsome police officer, or team up with her roommate Lucy and her boyfriend Eli to find a way to save herself. To Jo, the choice is clear. She’d like to know who turned her into a monster, and she’d like to live to see another sunrise.

But that choice has drastic repercussions.

On a trip deep into the snowy White Mountains, to a hidden laboratory filled with danger and cadavers, Jo and Lucy find more reanimated girls. Part body, part machine, run by batteries and electricity, these girls are killers, created by a shadowy Order with a penchant for chaos…and murder.

To make matters worse, a photo on a wall of victims reveals Lucy is next in line to be “recruited” into this army of beautiful, walking corpses.

When Jo’s physical condition takes a turn for the irreparable, and the Order kidnaps those she loves most, she must sacrifice herself to save them all.

Leah Rhyne is a Jersey girl who’s been in the South so long she’s lost her accent…but never her attitude. After spending most of her childhood watching movies like Star Wars, Alien(s), and A Nightmare On Elm Street, and reading books like Stephen King’s The Shining or It, Leah loves writing tales of horror and science-fiction.

She lives with her husband, daughter, and a small menagerie of pets. In her barely-there spare time, she loves running.

If you want to check out her first series you can find it in the following links:

Amazon or Barnes and Noble